Skip to content
Racing the fastest 1/24 modelcars in Europe, the Open European Prototype Series is going into it’s 4th season in 2013. We have seen a steady grow in the quality of the races and interest is ever growing.
Teams from Germany, Holland, Belgium, Finland, Denmark, France, Canada and Spain have shown interest to join the exciting racing that is OEPS.
The high technogical level is boosting developments in all aspects, coupled with the ever improving driving skills are producing hard racing and a great friendly atmosphere. 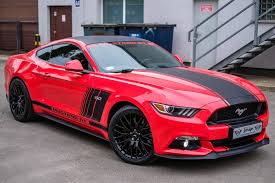 For 2013 we are adding 2 classes, forming a field of 3 slightly different classes:  LMP1  — LMP2 — GT
In this way there are many prices to be fought for on different levels with different cars, mimicking the spirit of the 1/1 Le Mans races meaning that besides eagerly awaited Audi E-Trons, Rebellion Lola’s, Pescarolo’s, Oreca’s, Acura’s and many others, Corvette’s, BMW’s, Ferrari’s, Porsches etc etc will be found taking on the challenge aswell.
In short, the LMP1 cars will be slightly faster then in previous years, because we will raise the voltage to 11.
LMP1 is meant for those that want to go all out at all the race.
LMP2 will be about the same as the cars from last years or slightly slower. LMP2 is meant for advanced teams who feel that they can use LMP2 as a springboard to LMP1.
GT will be about 0,2 sec slower then the LMP2 cars, aimed at beginning teams who want to experience OEPS and make steady progress while still racing fast cars.
Cars and liveries that run in a particular class in 1/1 races, can only be raced in the same class in 1/24.
The LMP2 rules are very similar to LMP1, so that cars from previous year, can be raced in LMP2 without major changes needed. The GT rules are designed to make it easy for existing GT cars to enter the OEPS.
All cars will race together on track and will not be separated in different groups. Only the total amount of laps will decide in which group they will start. Thus, LMP1, LMP2 and GT could end up racing together.